David Melnick was born in 1917 in the city of Poltosk, Poland, the son of Tzipora and Shraga.

In 1939, at the age of 22, David and his brother Simcha immigrated to Eretz Israel, and the rest of their family – the mother, sister, brother-in-law and their children – remained in Poland.

In 1945, shortly before the establishment of the state, David Melnick founded Melnick Pianos – a pianist shop on 119 Dizengoff Street in Tel Aviv, next to the legendary cafe – Kassit. David, together with his brother, Simha, ran the store at the beginning

During the War of Independence, Simha was recruited, even before he was called to do so, and served in the Carmeli Brigade. Simcha participated in the conquest of the city of Haifa, and in the battles in Jenin. During his last vacation he married. Eight days after his marriage, on the 11th of Cheshvan 5709 (13.11.1948), he fell during the war and was brought to rest at the military cemetery in Rosh Pina. He was 39 when he died.

David Melnik continued and managed the family pianist shop with great success. Over the years he married and had three children. On July 16, 1962, at the age of 45, David Melnick was killed in a shocking car accident. The road accident affair unfolded and reached the threshold of the Supreme Court (CrimA 141/65) 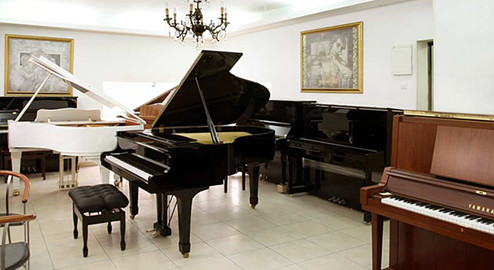 Due to the premature death of David Melnik, his son, Pinchas, when he was only 19 years old, was released from the IDF in order to manage the store and support his family (mother, 16 year old sister and 6 year old brother

In 1969, Melnik’s central neighborhood moved pianos to its present location, at 125 Dizengoff Street, Tel Aviv, next to the first parking lot

Under the direction of Pinchas Melnick, and over the years Melnick’s reputation has grown and has become a leading brand in the field of pianos 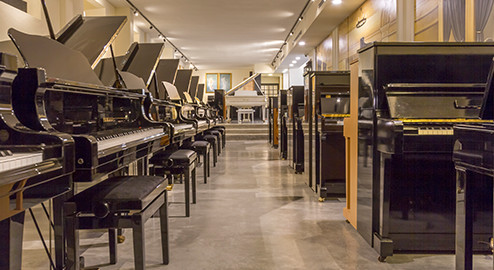 Tomer Melnik, grandson of David and son of Pinchas, a lawyer by training, completed his studies in law and business administration at the Interdisciplinary Center Herzliya in 2002

In light of his great love for music and piano music, Tomer chose to give up legal practice and join Pinchas in managing the family store, and he is a third generation of success

In 2016 a spectacular showroom was opened at 44 Frog Street in Tel Aviv, next to a store on Dizengoff 125 in Tel Aviv

Today...
Since its inception, for more than 70 years, Melnick has focused pianos on acoustic pianos only, gaining the expertise, skill, experience and knowledge that puts her first in her field.

Melnick Pianos provides professional service to thousands of satisfied customers. This tradition of decades of professionalism, reliability and fairness has made Melnick famous for pianos

Melnick Pianos specializes in the import and marketing of new high quality pianos such as PERZINA SAUTER, PETROF, and others. Melnick also has pianos selling secondhand pianos imported from Japan, the Czech Republic and Germany

In Melnick Pianos there is an elaborate workshop that performs renovation work for private clients and institutions, at the highest professional level

WordPress Video Lightbox Plugin
This site was created with the help of Beetle (www.beetle.net.ua)